As America’s diesel supply dropped to its lowest level since 2008, a recent Bloomberg story showed how President Joe Biden’s focus on politics has made economic and national security worries even worse.

Economists were worried about “another wave of energy-led inflation” because diesel was only available for “25 days.”

Analysts have seen numbers that show how bad things will be after the important midterm elections, while the president has been playing the blame game by blaming refiners, merchants, and Republicans for the planned fall he has led.

As winter approaches and the November election gets closer, the lack of oil to heat and move things is a big worry for the Biden administration.

According to a recent Bloomberg report, diesel stocks in the United States are at their lowest level since 2008, with just enough fuel for a 25-day supply. Demand is said to be at its highest level since 2007.

This is causing a dangerous imbalance between supply and demand, which is driving up prices. The Biden administration referred to the national diesel supply as being “unacceptably low” and is exploring all possibilities to increase the supply in order to help lower prices.

The average cost of diesel is $5.34 a gallon, according to the U.S. Energy Information Administration (EIA). That represents a $1.67 per gallon increase from the same period last year. New England is the region that is being struck the worst since more people there use diesel fuel for heating than anyplace else in the nation.

There, diesel fuel inventories are only one-third of what they usually are at this time of year. However, California has the highest prices for diesel fuel, with an average price of approximately $6.50 per gallon, an increase of nearly $2.00 per gallon from this time last year.

The midterm elections are just a few weeks away, and according to Bloomberg, the fuel shortage might result in price increases for customers who already consider inflation and the state of the economy to be major voting issues.

Retail prices have risen consistently for more than two weeks. According to AAA data, gas prices are 50% higher than they were at this time last year, at $5.324 per gallon.

On Twitter, Biden made the much-maligned remark that “right now, refiners and merchants are reaping record profits at the expense of the vast majority of Americans” shortly after the warnings about the low supply of diesel were sounded.

The maintenance season is a factor in the diesel supply crisis, but the main problem is Russia’s war in Ukraine, which has hurt fuel supplies around the world. Fortunately, Bloomberg reports that there might be some positive news soon.

Reports say that two transport tankers were sent to New York instead of where they were supposed to go in Europe.

This caused a million barrels of diesel fuel to be sent to New York. When a diesel refinery in Trainer, Pennsylvania, reopens after its seasonal maintenance, it will help increase the amount of diesel made in the United States at the same time.

Hopefully, these two factors will help to bring the diesel stockpile down to somewhat normal levels.

Nearly all of the goods that humans consume are transported with the aid of diesel engines in trucks, trains, boats, and barges. Public and school buses mostly run on diesel fuel.

Because diesel fuel is less explosive and combustible than other fuels, the U.S. military uses it in tanks and trucks. Additionally, diesel engines stall less frequently than gasoline-powered ones. 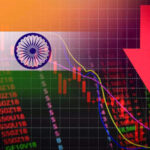