Netflix has a ton of excellent new titles releasing in January that are sure to get your New Year off to a great start.

Although it’s always difficult to say goodbye to Netflix titles, you won’t be sad for long once you take a good look at the outstanding selection of Netflix Original programs that will be joining the site in their place.

There will be something for everyone in Netflix’s eclectic and fun January 2023 releases, which include everything from brand-new titles to eagerly anticipated continuations of fan favorites.

The Pale Blue Eye is a gothic horror mystery that is based on Louis Bayard’s 2003 book of the same name and is set in West Point, New York, about 1830.

The main characters of the eagerly awaited Netflix Original movie are veteran detective Augustus Landor (Christian Bale) and young student Edgar Allan Poe (Harry Melling). They work together to look into a string of violent crimes at the United States Military Academy without being seen.

You People is a buddy comedy written by Kenya Barris and Jonah Hill.

As if things weren’t already complicated enough, societal expectations, opposing cultures and backgrounds, and generational disparities put them all even more to the test.

follows a young couple and their families as they deal with different cultural norms, societal expectations, and generational gaps.

It looks at how love works in modern families.

This biographical family drama, which is based on a heartwarming true incident, follows a father (Rob Lowe) and son (Johnny Berchtold).

As they try to find the dog of one of them, who lost it when they got separated on the Appalachian Trail, they have to put aside their differences.

The family’s cooperation and sincere efforts quickly set off a series of touching incidents that show the goodness of people and ordinary heroics.

In this Heartwarming documentary, the iconic pop culture of gure Pamela Anderson is presented in a way you’ve never seen before.

It serves as a personal window into the life of the famous bombshell.

This film explores everything, from her early years as a little girl growing up in a small Canadian town to her eventual rise to fame as an international sex icon, actor, and model.

In addition to that, Pamela, a Love Story, humanizes Anderson and reveals a different side of her through images of her commitment to activism and parenting, making for a really distinctive viewing experience you won’t want to miss.

The Kings of the World:

In “The Kings of the World,” we follow five poor friends from Medellin as they travel through dangerous rural Colombia to get a piece of land that was left to one of them as a gift.

In a world that seems to wish to keep them down and forgotten, the potent action-drama film delivers a stirring image of how disadvantaged people band together to build their own sense of belonging and family.

This suspenseful science fiction thriller takes place in the year 221, when climate change is so bad that humans can no longer live on Earth and have to leave.

But even though we have left the earth, there is no guarantee of peace or a better existence because civil war breaks out in the shelters that are housing survivors.

In an effort to build the perfect A.I. to put an end to the fighting once and for all, scientists launch the Jung E project, which involves cloning the brain of a famed mercenary and military strategist.

But 35 years later, the project is no longer being worked on. Only one researcher is still committed to finishing it, despite the difficulties and risks.

How I Became a Gangster:

Polish crime drama How I Became a Gangster follows an aspiring gangster as he rises through the ranks of Warsaw’s criminal underground in the hopes of one day getting his chance at the big time.

His days as the top dog, however, have the potential to end in a violent outburst and grief if his greed and desire to have it all become too great.

Read: 30 Top Most popular video games of all time Ranked

Scott Pilgrim vs. the World:

whose uninspired life as the bassist for unsuccessful indie garage band Bob-Omb is given new meaning when he meets and falls deeply in love with American Amazon delivery girl Ramona Flowers (Mary Elizabeth Winstead).

Scott has his work cut out for him because he has to beat each of Ramona’s seven bad ex-boyfriends before he can date her.

This includes a Hollywood star, a powerful record company boss, and a superhuman vegan. Will the bass guitar and the power of love triumph? Watch to learn more!

Check out this acclaimed 1996 romantic comedy-drama sports movie about new beginnings and personal development to get into the New Year’s spirit.

Jerry Maguire, played by Tom Cruise, is a slick sports agent who has a moral crisis that gets him fired from a big company.

Jerry starts his own management company to show his old boss that he can do well without them.

He quickly finds out, though, that it will be hard to be successful.

Only Dorothy Boyd (Renee Zellweger), a single mother, and football player Rod Tidwell (Cuba Gooding Jr.), a client and former coworker, support Jerry in his quest to turn their company into the success he knows it can be.

This year, watch Jerry Maguire on Netflix to relive all the glory. 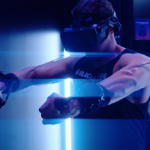