Elon Musk is right, whether you like him or not, at least about management.

The content of the 2016 email to Tesla employees leaked this week made a lot of sense, but I wouldn’t say everyone appreciates his management style, which includes management via tweet or mass email.

The bane of large corporations, excessive meetings almost always get worse over time. Large meetings should be eliminated unless you are positive that everyone is benefiting from them, in which case keep them brief.

If you’re not contributing, leave the meeting.

“When it becomes clear that you aren’t contributing anything useful, leave the room or end the call.” It is impolite to make someone stay and waste their time; it is not disrespectful to go.

Ignore the line of command.

“In order to get the job done as quickly as possible, communication shouldn’t go through the “chain of command.” Any manager who tries to enforce chain-of-command communication will soon be out of a job.

Remember that he still approaches Tesla like a startup; therefore, one of their guiding values, beliefs, expectations, and practices at work is to “get shit done”! This is chilling or confronting for CEOs of established firms to think about!

Read: Which Company is winning the race of [ DRIVERLESS CARS ]

Be direct, not smart.

“At Tesla, don’t describe products, programs, or procedures using acronyms or gibberish words. Communication is generally hampered by anything that necessitates an explanation. We don’t want Tesla employees to have to learn a lot of words in order to do their jobs.

Avoid having lots of meetings

“Also, stop holding frequent meetings unless you have a pressing issue to discuss.” Once the urgent situation is resolved, the frequency of meetings should quickly decline.

In general, always follow your common sense. A “business rule” should be changed if adhering to it in a specific circumstance is so absurd that it would make a fantastic Dilbert cartoon. This is Why you are not getting enough Search Traffic 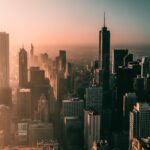