According to the firm, the compose button (the plus sign “+”) will be placed front and center of the navigation bar at the bottom of the app starting in February, and the Shop tab will be completely eliminated.

Reels will now be located to the right of Compose, taking away its prominent position.

Reels was put ahead of Compose before, which made some Instagram users upset because they thought the company was pushing them to use the new features at the expense of the app’s overall usability.

In 2020, the business moved the Reels tab to the center of the navigation bar and removed the well-liked Activity tab in favor of the Shop button.

Then, to make them more difficult to find, the compose button and activity were moved to the upper right of the home screen. Instagram stated at the time that these changes will make it easier for consumers to access Instagram’s “expanding portfolio of products.”

But in recent months, there has been a rise in criticism regarding how far Instagram has strayed from its initial purpose.

Kylie Jenner, a well-known Instagram user, posted an image to her account last year pleading with the company to “make Instagram Instagram again” and to “stop trying to be tiktok,” adding her voice to the user’s criticisms at the time.

The Best Smartphones for Photography in 2023

Kim later expressed a similar sentiment in a post on her Instagram stories. The celebrities were angry about changes to the Instagram feed that pushed videos and suggested posts more than the polished photos that had made them famous. They were also angry about the aggressive push for Reel.

However, the experiment attracted Instagram’s attention. In response to the criticism, the company’s CEO, Adam Mosseri, told users that photos would still be a top priority.

He also talked about how users didn’t like how their feeds were getting more and more “recommended” posts, which were suggested by an algorithm. This seemed to be Instagram’s way of making a rival to the TikTok For You page.

Moving buttons around won’t change how the feed itself looks, so not all user issues will be resolved by the impending makeover, but it will at least make it easier for users to share photos, as they have in the past.

Additionally, users can be gently encouraged to resume sharing images by giving the compose button a higher priority.

When a test began deleting the Instagram Shop tab from select users’ home screens and concealing it under Settings last fall, there were clues that Instagram was thinking about going in this direction. Instagram said at the time that it was merely a test with a small group of users.

But The Information said in an internal memo that the change was because “business priorities” had changed.

The business has stated today that Instagram shopping isn’t necessarily over just because the Shop option is gone.

As we continue to invest in shopping experiences that offer the highest value for people and businesses across Feed, Stories, Reels, advertisements, and more, you will still be able to set up and run your shop on Instagram, according to a spokeswoman.

According to Instagram, its users will notice the navigational changes in February.

8 AI Applications in Our Daily Life 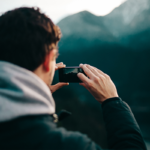 The Best Smartphones for Photography in 2023 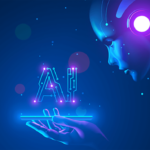