Inflation reached a new high in October, rising by 10.7% year on year. As prices for energy and food kept going up, the difference between headline and core inflation grew.

These two factors now make up more than half of inflation in the Eurozone. This shows that the problem is with the supply side, not the demand side.

This dynamic contrasts with what is happening in the United States, where “core” inflation is responsible for the majority of the increase.

This will have an influence on existing mortgage loans, and it is only a matter of time before the first market participants are forced out.

There is a lot of noise going on right now about the idea that it will be harder to get a loan to buy a home because of new rules in real estate finance.

should be that there are a significant number of loans available with variable interest rate agreements, which will quickly deplete the liquidity of some families.

The problem shows how bad the cost of living crisis in the region is and puts more pressure on the European Central Bank.

According to preliminary figures released by Europe’s statistics office on Monday, headline inflation was 10.7% year on year last month. This is the highest monthly reading since the eurozone’s inception.

For the past year

the 19-member bloc has suffered from increased prices, particularly on energy and food. However, the rise has been exacerbated by Russia’s invasion of Ukraine in late February.

This was confirmed once more, with energy costs anticipated to rise 41.9% year on year in October, up from 40.7% in September. Food, drink, and tobacco prices jumped 13.1% in the same period, up from 11.8% the previous month.

The different numbers show how much each country depends on Russian hydrocarbons and how they are measured by their own governments.

However, there are eurozone countries where inflation has risen by more than 20%. Estonia, Latvia, and Lithuania are included.

The European Central Bank, whose primary goal is to contain inflation, confirmed further rate hikes in the coming months on Thursday in an effort to drive prices down.

It stated in a statement that it has made “significant progress” toward normalizing rates in the region, but that it “expects to hike interest rates further to ensure the prompt return of inflation to its 2% medium-term inflation target.”

Last week, the ECB agreed to hike interest rates by 75 basis points for the second time in a row.

At a subsequent press conference, ECB President Christine Lagarde stated that the chance of a eurozone recession had increased. 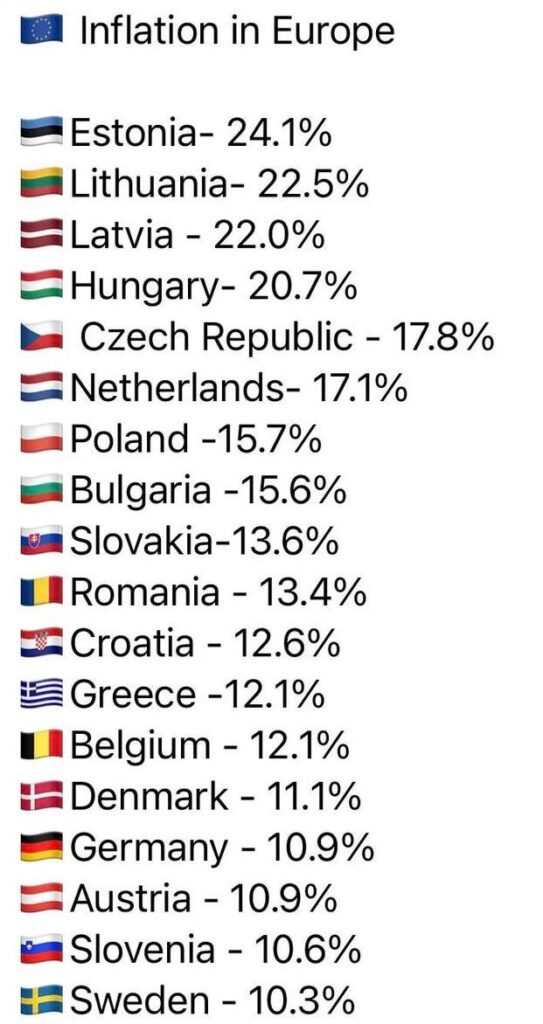 (gross domestic product) increased by 0.2% in October, according to data released on Monday. This comes after the region grew at a 0.8% annual rate in the second quarter. Only Belgium, Latvia, and Austria had GDP rates that were less than zero.

So far, the 19-member group has avoided a recession, but there is evidence of an economic downturn. Several economists expect that GDP will contract in the current quarter.

The euro was trading below parity against the US dollar in early European trading hours Monday, before of the new data releases, and scarcely moved afterward.

The euro has been weaker versus the US dollar, which has alarmed the ECB, who fears that this would drive up inflation in the eurozone even further.

In the United Kingdom, inflation has returned to 10.1 percent in October, the same level as in July, which was a 40-year high at the time.

According to the Office for National Statistics, food prices were the most volatile, rising at a 14.6 percent annual rate.

Inflation in Europe by Country

In Latvia and Lithuania, inflation reached 22% and 22.5 percent, respectively.

The Netherlands experienced the largest monthly price increase, rising from 13.7% in August to 17.1% in September.

Prices are rising across the continent, and Europe’s planned economic recovery from the coronavirus pandemic is being impeded by a number of factors.

Breakdown of the inflation rate in each European country: 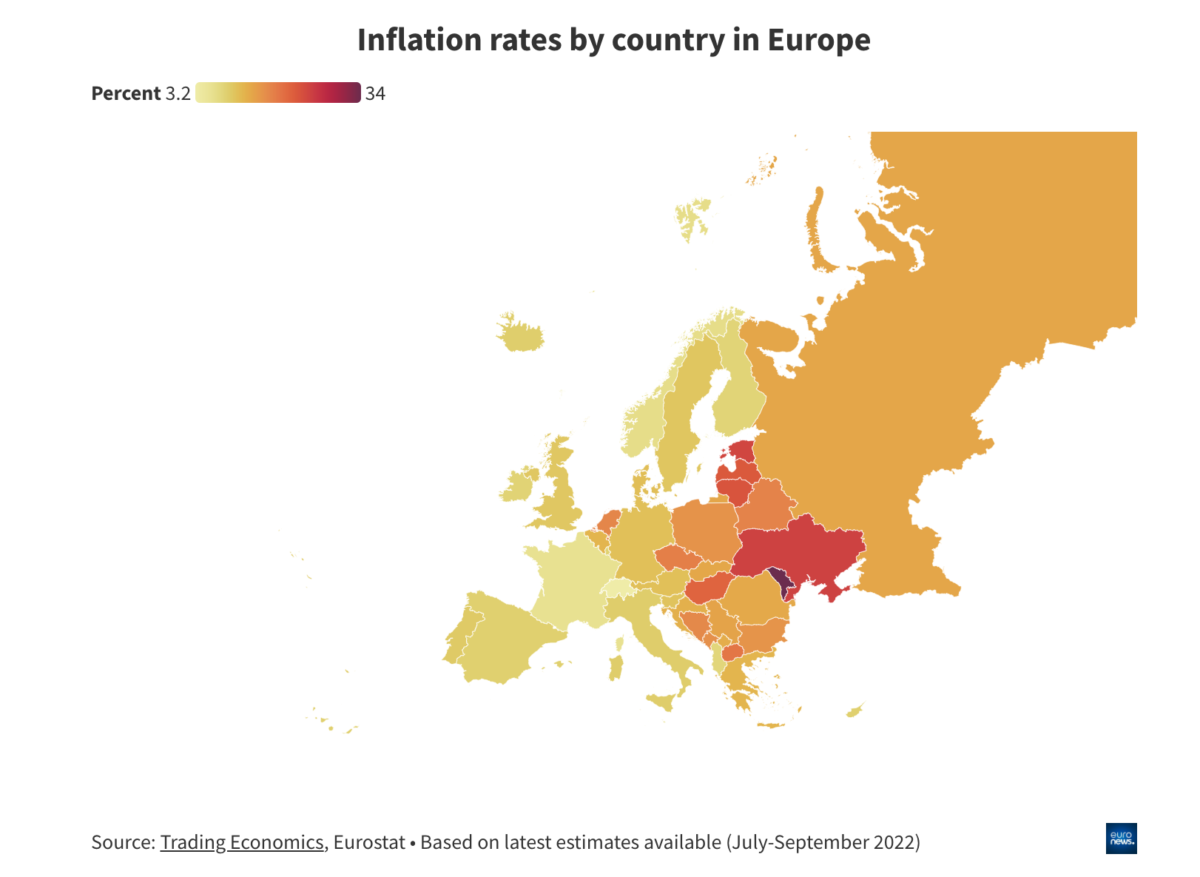 In July, the European Central Bank raised interest rates for the first time in 11 years. It did so by a larger amount than expected, following the lead of other central banks around the world. This was done to fight persistently high inflation.

This was followed by yet another record rate hike in September, creating new concerns about whether the drive to make lending more expensive in order to keep inflation under control may send major economies into recession.

Before Russia’s invasion of Ukraine in late February, Europe and much of the rest of the world were already experiencing increasing energy prices, which contributed to inflation.

The conflict has made the energy crisis worse by making people around the world worry that it could stop Russia from exporting oil and natural gas. In September, Moscow said it wouldn’t send full amounts of gas to Europe again until the West got rid of its sanctions.

Since the COVID-19 pandemic lockdowns were put in place two years ago, the prices of many goods, including food, have been going up. This has put a strain on global supply networks, caused crops to go bad, and caused panic buying in stores.

The war in Ukraine has made things worse because Russia and Ukraine export about a third of the world’s wheat and barley and two-thirds of the world’s sunflower oil. 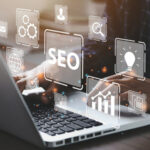 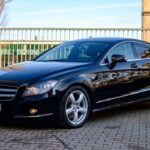