According to the country’s finance ministry, the external sector poses a danger to India’s economy. It warns that foreign capital inflows could be hurt if the Federal Reserve tightens monetary policy and worries about rising global energy prices make it hard to see what will happen in the short term.

On the one hand, the Federal Reserve remains active in its battle against inflation, hinting at future interest rate increases.

According to the research, these factors could cause less money to come into the country, put more pressure on the rupee to get weaker, and make it more expensive to import things like food and medicine.

According to the Indian finance ministry, the trade balance of the nation will be impacted if the global economic forecast is not good.

The outlook is also concerning because the WTO predicts that if various shocks continue to weigh on the world economy, global commerce will lose speed in the second half of 2022 and stay muted in 2023.

The biggest drop among economies after the US came earlier this month when the IMF noted challenges for India and reduced its growth prediction by 0.6 percentage points to 6.8% for the year to March 2023.

The rupee has lost more than 10% against the US dollar so far this year, falling to its lowest level ever versus the dollar.

As a result of the downturn, there are worries that India will have to pay more to import goods, especially crude oil, which it gets mostly from other countries. Over the target range of 2 to 6 percent set by the Indian central bank, inflation is currently hovering at 7 percent.

According to a report from the finance ministry, there are indications that prices have peaked, and as the harvesting and purchasing seasons go on, food inflation is predicted to decline.

The report says that this should cause headline retail inflation to go down for the rest of the fiscal year.

In the midst of ongoing unrest about high unemployment and inflation, Indian Prime Minister Narendra Modi’s Bharatiya Janata Party will be running in elections in both his home state of Gujarat and the northern state of Himachal Pradesh later this year.

A general election is scheduled for the first half of 2024. During the election, Modi is under a lot of pressure to show that he is keeping his promise to make millions of jobs.

Because of a plan to get young people to join the military, angry young people set a train on fire, blocked rail and highway traffic, and shut down highways. There has also been violence in the country because of unemployment.

As part of his plan to fix India’s shockingly high unemployment rate, Modi gave job letters to 75,000 people at a virtual event on Saturday.

At the event, Modi said the central government is working on multiple fronts concurrently to create more and more jobs, which connected several cities around the nation where his ministers were distributing appointment letters to young people.

According to data from the Centre for Monitoring the Indian Economy, the unemployment rate has been above the 6.5 percent mark since October of last year.

In the formal sector, the nation increased employment by 1 million last year. In the eight years before, only 0.3% of the people who applied for permanent government jobs were hired, which shows how bad the unemployment problem is.

The value of India’s currency has gone down, and it is now worth more than 83 dollars, which is a record low. India’s finance minister, Nirmala Sitharaman, says that the situation is caused more by the rise of the dollar than by the fall of the rupee.

In addition to the Fed’s rate hikes, the ministry said today that local factors like the sensitivity of capital flows to changes in interest rates and the reliance on imported fuel and food, whose prices have gone up since the Russian-Ukrainian conflict started, have also made currencies weaker against the USD. 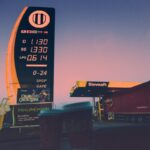 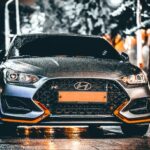