How does a sand blaster work?

All sand blasters generally work on similar principles. A metal surface is cleaned and abraded of any paint, rust and other unwanted materials by using finely grounded silica sand. An air powered pressure gun is used that fires out silica sand at a high speed which impacts the surface of the intended metal. This pressurized gun is used by all sand blasters. The air powered pressure gun has interior coating on the ceramic barrel which stops it from eroding over time because of the sand.

There are three different types of blasters that use different techniques to introduce the sand to the blasters. These three sand blasters, along with their proper functioning is described below;

Two main reactions occur when the trigger on the gun is pressed. Firstly, by the impact of the hand, as long as the trigger is being pressed, compressed air keeps shooting through the gun. Secondly, an opening to which the hopper is connected on top of the gun, opens up, to make the sand fire through the barrel by impact of the air flowing and the pressure of the gravity. This sand is focuses on the targeted surface to clear the unwanted layer of paint or old material.

These sand blasters are more costly than other models but are very easy and effective to use. Due to their fast and effective functioning, these pressure blasters are often used by commercial organizations. These sand blasters use large high pressure canisters filled with silica sand. The pressure blaster works on the concept of an aerosol can. A two hand controlled sand blasting gun is connected to the top port of the canister with the help of a specialized hose which bears the effects of the sand effectively without succumbing to abrasion.

When you press the trigger, the sand shoots out along with the air out of the hose and cleans the intended surface. Because the air takes the sand out with it, means that there is no specific need to clean the hose after usage, but as the hose is very narrowed, it will be hard to put the sand back inside to use it again.

The third type of sand blaster is called a siphon sand blaster. These are most commonly used sand blasters. This is the cheaper version of a sand blaster and is used to clean large surfaces. This siphon blaster also has three parts; a sand blasting gun, a hose connected to the bottom of the handle and another hose that is connected to handle’s underside. It also has a normal air compressor or pressurized tank. It also provides you with a storage for loose sand so that the stand is stored in a large bucket or container. The compressor is connected to the air hose of the gun while the underside of the separate sand reservoir is connected with the other hose. When the gun is fired, the air creates a suction that pulls the sand from the reservoir up to the hose and in the barrel of the gun to be fired on the surface of the metal. The system makes it possible to collect the sand, place it inside the reservoir and use it again. 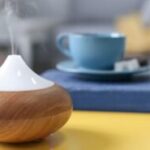 What Does Dehumidifiers Do? 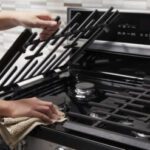