The clinical workforce is undergoing a significant transformation. In the fourth quarter of 2021, 117,000 physicians left their jobs.

Since the late 1990s, hospital consolidation (jobs) has dominated the health care market, making it hard for millions of doctors to start their own clinics.

But all of that is changing now because

-The current rate of clinician burnout is 63%.

-Virtual care adoption increased from 20% to 90% among clinicians prior to the pandemic.

-Clinicians can now treat patients in-person, remotely, or at home.

More patients are opting for local and direct providers over national brands.

More patients are willing to pay for healthcare services out of pocket. 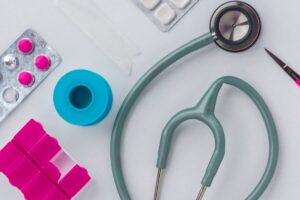 Search for Something Permanent

This trend will continue, and the gig economy will become obsolete. The time has come to place a wager on the future of private practice.

A survey done by Definitive Healthcare and released on October 20 predicted that 333,942 health care workers would leave their jobs by 2021.

Is there a Shortage of Doctors?

The Association of American Medical Colleges said in 2020 that the United States could have a shortage of between 54,100 and 139,000 doctors by 2033. This deficit is projected to affect both general and specialty care.

He says that shortages and poor access to health care, which have been common in rural and underserved urban areas for decades, will become more common across the whole country. “Healthcare delayed is often healthcare denied, and an increasing number of Americans will face this unpleasant reality.”

How Dire is the situation?

According to Dr. Stephen Frankel, a pulmonologist and the senior vice president of clinical affairs at National Jewish Health in Denver, the severity of the problem varies by specialization.

Neurology, psychiatry, pulmonary medicine, and critical care medicine are all expected to have bigger shortages than other fields. This is partly because the older population of the United States has to deal with more complicated, long-term illnesses.

However, primary care is the most pressing issue. According to a Kaiser Family Foundation analysis from September 2021, 83.7 million people in the United States live in a classified primary-care health professional shortage area (HPSA), and more than 14,800 practitioners are needed to remove the HPSA designation. 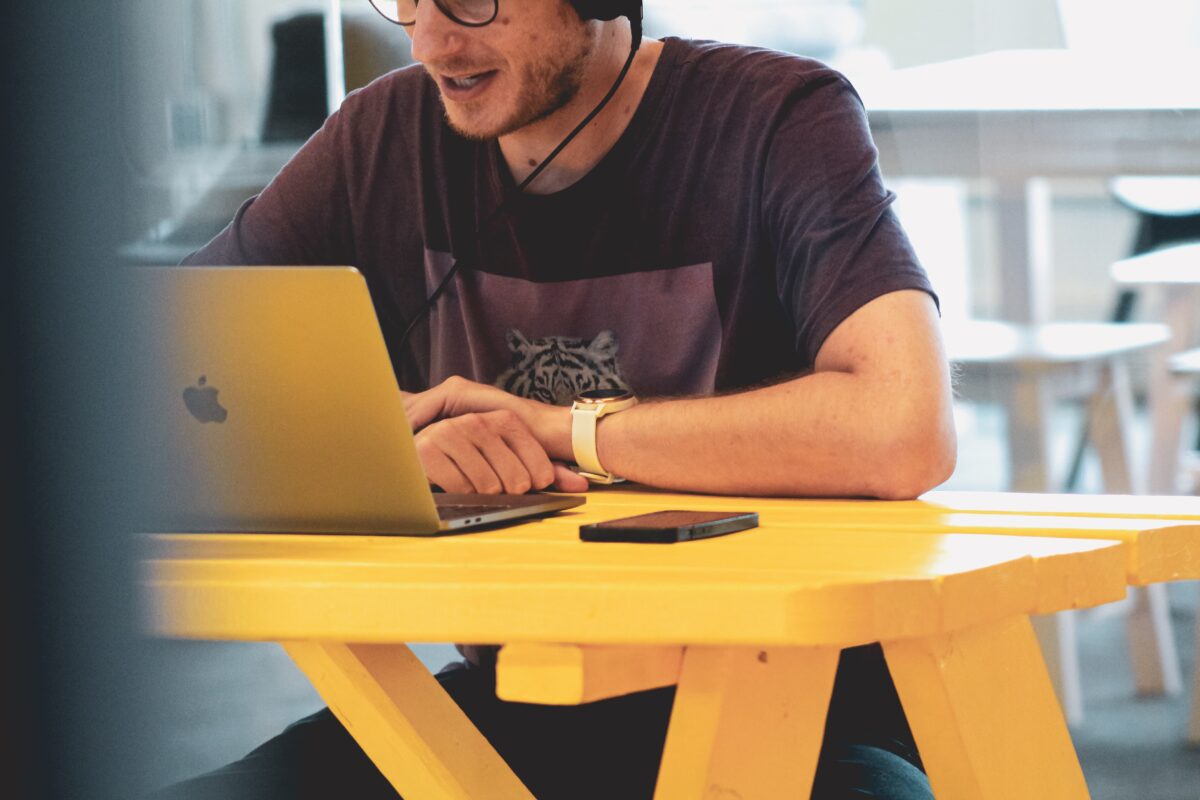 The intensity of the problem

varies regionally as well. “Some parts of the country—the West and South—will be more affected, and rural areas will be more severely understaffed than urban or suburban areas,” Frankel predicts.

That’s awful news for a lot of patients. Dr. John Baackes, CEO of L.A. Care Health Plan, the largest publicly run health plan in the United States, says, “If we can’t fix the doctor shortage, more people will have to wait longer to get primary care, which is a key part of making our communities healthier and lowering overall health care costs.”

People who are marginalized or have low incomes will be disproportionately affected.

Access to primary care is more difficult, putting further demand on emergency departments, which have already been pummeled by the COVID-19 pandemic during the last two years. “When people face continuous hurdles to care, emergency treatment might become a last choice,” adds Baackes.

This raises expenditures and is a particular issue in impoverished communities, where “many patients simply do not visit a physician until their disease becomes serious and they go to the emergency room.” “This is the least ideal technique of care,” Taylor observes.

So, what’s causing this severe situation? “It’s difficult to point a finger at just one issue.” Dr. Scott Holliday, associate dean of graduate medical education at the Ohio State University (OSU) College of Medicine in Columbus, calls the situation “a perfect storm of several factors.”

These variables are interwoven and complex, and they begin with the path to becoming a doctor. They include medical training time, cost, and availability.

According to Frankel, the problem is “a rising demand and relatively stagnant supply in the physician labor market.” Training new physicians is a time-consuming and costly procedure, and the United States has only so many medical schools, with so many seats, “and which has not kept up with the demand for physicians.

like internships and residencies, has also made it harder for new doctors to join the field every year. According to Frankel, these practical-training periods, which might last several years following medical school, are essential before a physician can begin practicing in a certain speciality.

The slots are supported by the Centers for Medicare & Medicaid Services, and there has been no major increase in funding since 1997. (A COVID-19 relief package passed in 2020 included a tiny increase in funding—enough to support 1,000 residency slots across the country.)

Part of the problem

derives from how America’s population is changing. “By 2035, there will be more people aged 65 or older than youngsters aged 17 or younger—the first time in the nation’s history,” Taylor notes.

This is noteworthy since “older people see a doctor three or four times as often as younger people and account for a disproportionate number of operations, diagnostic testing, and other medical treatments.”

This increase in older, sicker patients requiring more complex medical treatment coincides with the ageing of the healthcare population. “We’re on the verge of a physician retirement cliff,” Taylor adds, noting that many current licensed physicians in the United States are 60 or older.

soared during the pandemic, increasing the urgency for individuals to resign. According to Merritt Hawkins’ March 2021 study for the Physicians Foundation, 38% of physicians want to retire in the next year.

Taylor also mentions the nation’s health as a factor. According to the Centers for Disease Control and Prevention, one in every ten people in the United States has one or more chronic diseases, such as diabetes, cancer, heart disease, lung disease, or Alzheimer’s disease, “all of which must be treated and managed by physicians.” Poverty, unemployment, a lack of sufficient nutrition, substandard housing, and other societal problems all lead to an increased need for care.

Frankel says that the fact that health insurance coverage has become more available over the last ten years means that more people can afford to get care. This has also increased the number of people trying to schedule appointments. 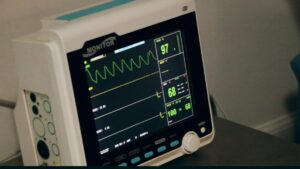 There isn’t just one thing that can be done to fix the growing shortage of doctors, because the problem is complex. Instead, a multifaceted, resilient, and imaginative approach will be necessary. These efforts must include the following:

Funding has been increased. Even though the federal government has money problems, some hospital systems have been trying to find other ways to pay for more residency seats. According to Holliday, these piecemeal attempts have aided in some areas, resulting in gradual gains.

However, they “have not kept up with the population growth in the United States, and hospitals or medical schools are bearing [the expense load] on their bottom line.”

Debt consolidation will need to be talked about, especially in specialties like primary care that pay less.

“I didn’t have affluent parents when I went to medical school,” Holliday recalls, “but my student debts were nothing compared to what kids are coming out of medical school with now,” which, according to the Education Data Initiative, averages roughly $200,000 per year. “That’s very terrible, and it scares a lot of people away from getting into medicine.”

To attract talent, certain states, towns, and hospital systems have implemented incentive programs that assist new physicians in repaying their loans. For example, L.A. Care started its Elevating the Safety Net program in 2018, with the goal of recruiting additional physicians to work in vulnerable and low-income neighborhoods around Los Angeles County.

Scholarships, grants, and loan forgiveness are among the recruitment and retention measures available through the program.

that would lessen the total burden of medical school costs is frequently lauded as a critical component of the solution to the physician crisis.

Technology. One advantage of the COVID-19 epidemic has been the increased adoption of telemedicine. This has increased the reach of some clinicians, who may now see patients in remote areas as well as those with mobility or transportation issues.

While telemedicine has limitations and is not ideal for every medical circumstance, it can assist in relieving the pressure on overworked physicians while delivering care to certain disadvantaged individuals.

toward a more interdisciplinary, care-team approach is often mentioned as a key way to deal with the lack of doctors. “The primary reason the physician shortage has not had a greater impact on patients is that advanced practice professionals, such as nurse practitioners and physician assistants, are filling in the gaps and relieving some of the system’s burden,” Taylor explains.

Expect to see more of these experts, especially in primary care settings, where they can help doctors and help them reach more people.

Modern medical billing requires a lot of data entry and paperwork, which may not be the best way for a doctor to spend his or her time. Delegating these less Other professionals in the practice, such as medical scribes, according to Taylor, can save physicians time.

Increasing the number of black doctors

should be a part of the answer. “Diversity is better than it was, but it’s still not where it needs to be,” Holliday adds. 5.4% of physicians are black, according to a 2021 study published in the Journal of General Internal Medicine based on 2018 data. 2.6% are men, and 2.8% are women.

There is still much effort to alleviate system disparities across racial and ethnic groups.

Efforts to improve diversity and equity in all areas of medicine must begin long before a potential doctor is old enough to enter medical school. According to Holliday, medical students and residents from the OSU College of Medicine, for example, talk at local primary schools in Columbus about pursuing careers in science and health care.

According to Baackes, the physician shortage, as complex as it is, is not insurmountable. A July 2020 analysis from the California Health Care Foundation, for example, found that 11.2 million individuals in the state were living in an HPSA, based on data from 2014.

According to a Kaiser Family Foundation report from September 2021, that figure had dropped to around 7.8 million. Baackes says that the 31% drop from 2014 to 2021 shows that California has made progress toward solving the shortage of doctors.

The state has tried different things, like extending technology, to make up for the lack of doctors. However, more has to be done. “It’s about having enough capacity to give appropriate patient care,” explains Holliday. “We don’t want our patients to have poor outcomes or to have difficulty finding the correct practitioner for their needs.” 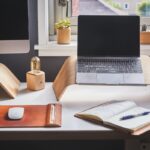 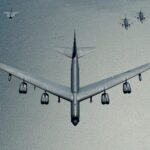 US plans to deploy B52 Bombers, one of the Deadliest Warplanes in Australia