The world faces a challenging 2023

as growth in most developed economies slows. The magnitude of the slowdown will be determined in large part by how conclusively President Xi Jinping supports the Chinese economy following this week’s key Party Congress.

As a result, Xi is the big hope of Chinas Economy. After the political meeting of the communist party that will almost certainly secure him an unprecedented third term is over, he may be able to return his attention to economic expansion.

Even if China decides to restart economic growth, it is far from certain that it will be successful. However, the fate of multinational consumer groups and exporters from South Korea to Australia will be heavily influenced by decisions made in Beijing.

will be more than 3 times that of the US. Though the United States remains the world’s largest economy, the IMF anticipates it to grow by only 1% this year, while the Eurozone will expand at half that rate.

India, the top bright spot, isn’t large enough to offset much of the gloom. The South Asian country accounts for about 3% of the global GDP. Even if it grows at the predicted 6.1%, it will account for only 7.7% of global growth.

The recent decline in the yuan currency against the dollar has slowed. The official rate is being lowered (implying a stronger yuan), and it was revealed earlier today that “major state banks have already been buying (and selling) their currency on the spot market.”

This is seen as an effort to shore up the currency, that has lost significant ground in October as the USD strengthened in response to economic uncertainty.

The world’s second-largest economy has endured a difficult year. Its main issue is a collapsing real estate market; real estate is the country’s traditional powerhouse, accounting for one-fifth of GDP.

The risk is that

the crisis will spread to the financial sector, sabotaging investment. Meanwhile, the effects of Xi’s regulatory government crackdown and extreme zero-Covid strategy have been felt.

However, as the developed world slows next year due to rising interest rates and increasing energy costs, China provides a relative bright spot.

The IMF has reduced its forecast for the country, but it still expects the People’s Republic to grow by 4.4% next year.

If that is correct, China will contribute  30% of the aggregate world economy next year, based on last year’s nominal country GDP figures and the IMF’s inflation-adjusted growth forecasts for 2022 and 2023, respectively. According to the IMF, the global economy will grow by 2.7% in 2023.

It’s also worth noting that these events come ahead of China’s expected release of key economic data tomorrow. China will be the first major economy to release quarterly GDP figures, and it is expected to garner a lot of attention.

Rolling lockdowns had a significant negative impact on the second quarter, but those pressures are expected to have eased in the third quarter.

Even though some cities have experienced lockdowns, they have not lasted as long or impacted major industries as those experienced in the first half of this year. And the assumption is that businesses have adapted to work with some of the constraints.

Furthermore, the Chinese government implemented a number of policies to improve access to capital and support the domestic market. As a result, if GDP figures fall short of expectations, the impact could be greater.

This is because it would imply that the underlying economy is worse without government support and that support programs aren’t having the expected impact.

China’s third-quarter growth is expected to increase to 3.5% from -2.6% previously. This would raise the annual GDP growth rate from 0.4% to 3.4%. This is less than the semi-official target of 5.0% for the current year, but it is still a significant improvement.

As the world’s largest manufacturing economy, China is a leading indicator of economic performance, especially in the third quarter. Because consumer demand rises in the fourth quarter around the world, Chinese firms increase production in the third quarter to meet demand. This is required to keep commodity prices stable.

September Industrial Production in China is expected to increase by 4.5% year on year, up from 4.2% in August. If GDP growth resumes, it will most likely support actual views of the global economy. However, the downturn in these economic indicators raises an alarming question: Is China’s slowing production due to internal issues or a lack of global demand?

Chinese retail sales are expected to fall significantly in September, with an annualised Chinas GDP growth rate of 3.3% compared to 5.4% in Aug. This is despite the expected ramp up in retail purchases in anticipation of the week-long natural vacation.

The September unemployment rate in China is expected to rise to 5.4% from 5.3% in August. That would imply a turnaround of the trend seen since the peak of the lockouts in April, and before the job market has recovered to pre-lockdown levels. 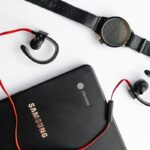 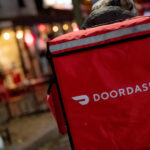