It is impossible to ignore the fact that many of the biggest scientific discoveries and advances in product design have only recently come to light.

Inventions that would go on to become household names were a rarity before the last few centuries.

This is not hard to fathom, considering how far humanity has come in terms of product design and innovation ever since the advent of steam-powered engines and electricity, with the pace of progress picking up steam ever more so with the development of electronics.

Start-ups and established businesses alike have introduced a lot of impressive and motivational new products and services over the past few decades, and this trend shows no signs of abating.

History’s Most Groundbreaking Products and Innovations:

The finest and most exciting creative ideas of all time, from the invention of fire to the most advanced modern developments, may surprise you in their simplicity.

It’s mind-boggling to consider the long road that led to all the shiny gadgets in our lives, which we’ve come to take for granted.

Without the written word and movable type, the advertising industry wouldn’t exist. You seem to be ignoring all the wonderful innovations that have arisen in the digital age.

So, without further ado, let’s check out this list of the top 10 most amazing product designs and inventions of all time and see what we can learn.

The possibility that Neanderthals could have lit fires is now universally accepted as plausible.

The early hominids’ babblings and sounds around the fire were soon given meaning. As time progressed, such noises and motions evolved into words and sentences.

This, along with several other early innovations down the line, started humanity on the path we are walking today.

It took a long time to invent the wheel, but once we did, there was no stopping us on the road to ever better inventions.

Over five thousand years ago, in ancient Mesopotamia, the wheel was likely invented.

The development of written language greatly facilitated the communication of both ideas and numbers used in commerce.

Sumerian cuneiform was the earliest script we have evidence of.

The invention of paper forever altered the course of human history.

Cai Lun, a member of the Imperial Court, is credited with creating the first paper in ancient China.

It is commonly believed that Gutenberg invented the printing press in Mainz, Germany, around 1440, although the earliest attempts were actually made in imperial China in 1040, precisely 400 years earlier.

Although movable type was already around, it wasn’t until Gutenberg produced the Bible that it became widely used in the West.

The car is the first product that has a compelling backstory as we move beyond “simple” history and into the realm of product design.

The first self-propelled car was actually invented by Joseph Cugnot in 1769; however, most people didn’t learn this fact until the late 1800s.

Before steam-powered motors were built, in 1791, Jacob Christian Schäffer created a primitive washing machine that had to be operated by hand.

The history of the light bulb, like that of many of the other inventions and improvements on this list, extends far beyond its most famous creator.

In 1879, Thomas Edison made a breakthrough when he found that a specific kind of carbon filament could keep a light bulb lit for 40 hours.

He pioneered the development of a gadget that could reliably transfer audio signals.

Nikola Tesla, a scientist, was awarded the first patent for a radio system in 1897, just 20 years after the creation of the telephone.

The radio was groundbreaking because of its ability to transmit sound using electromagnetic waves.

This is where the action really begins to heat up. Those paperclips are something you use, right? The reality is that they need inventions.

After years of trying various pins and clips to organize paperwork, William Middlebrook from Connecticut was awarded a patent for a “machine for manufacturing wire paper clips” in 1899.

However, the “Gem Manufacturing Company” of Britain is credited with producing these “gem paper clips” as early as the 1870s.

The task of creating a bottle “so distinct that you would recognize it by feeling it in the dark or if it were lying broken on the ground” was issued to roughly ten glass manufacturers across the United States.

The distinctive ways in which the Coke bottle has developed since then have made it an indelible and indispensable component of the company’s identity.

English physicist J.J. Thompson began studying cathode rays in 1897, which led to the development of the cathode ray tube.

When Kenjiro Takayanagi finally unveiled the first functional model of a television set on Christmas Day, 1926, it was a huge success.

Despite the controversy surrounding Takayanagi’s failed attempt to secure the patent for the television, the invention itself continues to be celebrated as one of the most fascinating in human history.

Zippo’s original lighter, with its unmistakable air of antiquity, was developed in the early 1930s as a solution to the problem of lighters and matches being easily blown out of their holders by the wind.

George G. Blaisdell, who invented the lighter and established the Zippo Manufacturing Company the year before, came up with the name because he liked the way the word “Zipper” sounded.

The Volkswagen Beetle, commissioned by Hitler himself and popularized in the United States by Bill Bernbach and his crew with the “Think Small” campaign, is an essential element of advertising history.

Snapshots with a Polaroid Camera (1947)

The Polaroid camera, which first debuted in 1947, is widely credited with popularizing the use of instant cameras while on the go.

You could look at it as the “grandmother” of contemporary digital photography.

Its retro charm is still strongly felt today, making it a perfect tool to capture a few travel images without losing them in the library of your smartphone.

While the electric guitar was originally developed by the Rickenbacker Electro-String Instrument Company in 1934, the Fender Stratocaster was developed between 1952 and 1954 by Leo Fender, Bill Carson, George Fullerton, and Freddie Tavares.

Used by a number of world-famous guitarists all throughout the world, the Fender Stratocaster sits next to the Gibson versions as one of the most popular and adored electric guitars in the world.

As many will remember, the Internet was born in 1969 and was originally built by the United States Department of Defense Advanced Research Projects Agency (now called DARPA).

Born as a military project, Tim Berners-Lee later leveraged the basic infrastructure of the Internet to establish the World Wide Web in 1869.

This great innovation rapidly became a constant in our everyday lives, both in the personal and professional worlds.

It was in 1973 that Motorola unveiled the first model of mobile phone. As you may imagine, it wasn’t a terrific one.

It weighed 1.2 kg, its battery required over 10 hours to recharge, and it could only enable up to 30 minutes of discussion before shutting down.

IBM and Microsoft controlled the computer industry for a period of years, although they were not the first to commercialize the computer for public usage.

Although the concept of a “home computer” had been considered as early as 1965, it wasn’t until Altair released the MITS Altair 8800 to the public in 1975 that it became widely accepted.

In 1976, when Jobs and Wozniak released the original Apple computer, Apple made another big push.

Later, Apple would create history again with its unforgettable 1984 ad, attacking the newly established monopoly of IBM in the market for home computers.

For Apple, this is just the beginning of a string of exciting new products.

After the advent of iTunes on Macintosh computers, Apple started working on a digital music player able to reproduce music on the go.

The very first model, the iPod, promised to be significantly lighter and more appealing than existing MP3 players.

With the introduction of the original iPod in 2001, the business made waves with its groundbreaking custom user interface, memory, and controls.

With the introduction of the iPhone in 2007, Apple jumped onto the emerging smartphone market several years after the success of the original iPod.

Smartphones prior to that point didn’t take advantage of data connectivity to its full potential, and their user interfaces weren’t as refined as the ones we have today.

Earlier attempts included Windows Mobile and BlackBerry, but it wasn’t until 2007 that Apple’s iPhone was released, with its 3.5-inch capacitive touchscreen and double the resolution of competing smartphones.

The concept of gestures emerged, app shops followed shortly thereafter, and the rest is history.

The first Fitbit was designed to alter the way that sportsmen and sports fans viewed exercise and the outdoors.

Fitbit was founded in 2007, and soon after, a small, lightweight wearable with health-tech features like a pedometer, altimeter, and sleep tracker was made available to the public.

Read: 9 Necessary Gadgets to Have in An 18 Wheeler Truck

Although Siri wasn’t the first voice or virtual assistant ever (that honor goes to Radio Rex, which debuted in 1922), it was one of the most well-known and helped usher in a new era of smartphone automation.

Siri debuted as a feature on the iPhone 4S after Apple acquired a spin-off of SRI International, entitled, well, Siri Inc.

As time has progressed, Siri’s capabilities have expanded to the point where it can now handle your smart home as efficiently as Alexa or any of the other competing speech assistants.

The drive to completely immerse oneself in virtual reality has been going on for some time, although for a short period of time.

Many of us will remember Tron from 1982, a film developed out of the urge to explore cyberspace with the new, thrilling potential of computers.

By 1985, a number of experiments with virtual reality had been brought to life, including those by Jaron Lanier and Thomas Zimmermann with VPL Research Inc.

That business pioneered the market for virtual reality glasses and gloves.

After Oculus Rift’s 2012 release, other VR efforts from Nintendo, SEGA, and Google received plaudits but failed to break into the commercial market.

Since Facebook’s $2 billion acquisition of Oculus VR in 2014, numerous game and tech businesses in Silicon Valley and beyond have attempted to popularize VR headsets. 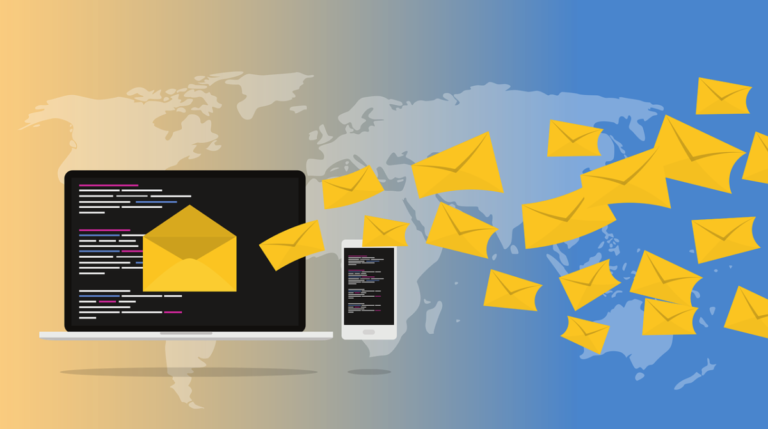 Do you know all the benefits of about B2b? if you’re not.  You’ve probably realized its importance and plan… There has been a lot of interest in fitness trackers and smartwatches, but what about other fitness wearables? Fitness… It isn’t exaggerating to say that most individuals spend a significant portion of their days on social media. Not… SEO is different from what it once was.  Thanks partly to the assistance of artificial intelligence technologies like OpenAI’s… 7 of THE MOST USEFUL APPS

Many applications are available that claim to help you become more productive, but not all of them are built… The environmental crisis is worsening. At a rate not seen in 10 million years, more than 1 million species… In the late 1800s, blue-collar laborers from Wales, Eastern Europe, and other remote regions traveled to West Virginia to… ZeroAvia, the leader in reducing carbon emissions in commercial aviation, flew the first commercial-grade plane powered by a hydrogen… According to the U.S. Census Bureau’s Vintage 2022 population estimates, which were announced today, Florida is now the nation’s… Why does it matter? The large and profitable online education market gives you the chance to turn your knowledge…