Binaural Recording Techniques – Everything You Should Know

Binaural recordings are a simple and effective method of capturing immersive audio in a single take.

Binaural recordings are the most outgoing trend among ASMRtists. Likewise, it is pretty challenging to capture what can please the audience. To make the best content, you must have the best ASMR microphone and a web camera as well. So, if you are here to know about binaural recording techniques, you are in the right place!

In this article, we have not only compiled binaural recording techniques but also the working, benefits, and applications.

What are Binaural Recordings?

When you listen to binaural audio, it immerses in a three-dimensional soundscape within your skull. You can hear sounds all around you while can pinpoint where they are coming from and where they are going. In this way, you feel as if you are physically present in the recorded surroundings.

This is because binaural recordings accurately produce what surroundings sound like to humans. You will need to do some research on human hearing to comprehend how this works.

How Do Binaural Recordings Work?

The interaction between our ears, head, and brain is a fascinating subject to learn more about. When the three of them work together, they create rapid feedback in reaction to sound. Within seconds of acoustic pressure entering our ears, we can tell what they are, what their pitch is, and where they are coming from. The natural space makes this achievement possible between our ears and our heads, as well as variances in time and intensity.

In real life, a sound that starts on our right side must travel a longer distance to reach our left ear before we can hear it. Because of the increased distance between the ears, each ear will perceive the sound slightly differently. One ear will hear the sound first, and it will be louder and more intense.

Interaural time and level discrepancies are terms used to describe the minor changes in time and intensity experienced by the ears during a single conversation. When our brain gets this information, the real magic happens. Because of the difference in time and volume, it is possible to determine where the sound originates from!

Sound localization is the term used to describe this type of directional information. Binaural recordings attempt to mimic the changes between the right and left channels of audio in real-time.

The recording business appears to rediscover binaural audio every decade. But also because binaural recordings require headphones to experience it completely, it had limited applications. It is more relevant than ever today because headphones are the dominating consumer listening medium.

Binaural recordings are simultaneous recordings that use the human hearing mechanics. With one on each side of our heads, our listening is basically the same as a spaced Omni stereo mic array. For example, unlike coincident mic arrays such as XY or MidSides, which always receive sound spaced arrays rely on the chance of sound arriving at the two mics at separate times. A sound scooped up by a spaced array (or our ears) gets to both mics (or eardrums) at the same time. If it comes at the left mic or ear before the right, it’s coming from the left. 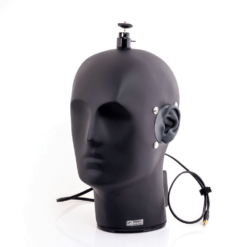 The Head-Related Transfer Function (HRTF) is the combined acoustic influence of a person’s head on their hearing. Besides having distinct outer ears, our skulls are all different. This means that the efficiency of binaural recordings varies from person to person. The most common solution is to use a dummy head.

The mysterious Neumann KU 100 has been scientifically calculated to reflect the average adult human skull. Because his ears contain omnidirectional microphones, we hope recordings made with the KU 100 will sound well to the greatest possible audience. 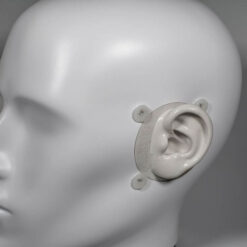 A pair of silicon ears replaced the ‘head’ on a bar that keeps them apart at a sufficient distance. The FS Pro II employs DPA Omni mics and features XLR outputs, whereas the FS uses cheaper electrically heated capsules and connects through minijack to your phone or tablet.

Being your own dummy head is entirely acceptable and even useful. Your binaural setup is already complete, and you’ve saved yourself from the hassle of needing to find out a mic stand. If not, there are a variety of headset upgrade kits that include the requisite mics (typically electret mics, as they are the smallest) and mounting bracket (ear hooks, similar to hearing aids or in-ear monitors). 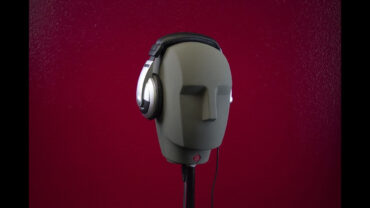 Buying a set is very cheap; the Verse system from Hooke Audio records through Bluetooth directly to your phone, as does the Sennheiser Ambeo Smart Headset, but only for iOS. Professionals could prefer DPA’s Binaural Headset, which employs their high-quality 4000 series capsules but requires an audio UI or portable recorder.

Binaural recordings must accurately reproduce the space between our ears and the geometry of our heads in order to create a 3-D soundscape that is comparable to human hearing. To get these results, follow the actions outlined below.

Obtain a Pair of External Mic

Gain a pair of exterior ASMR microphones for your task. External microphones will be required because the internal microphones on portable field recorders are not spaced appropriately for binaural recordings, and you will need to purchase them separately. Each “ear” will require its own microphone, so make sure you have enough.

The distance between your ASMR microphones should be 7″ (18cm) between each other. With humans, this is the average distance between their ears. To generate minor changes in arrival time and volume, it is critical to use this distance. Your brain interprets these variations as three-dimensional images because of these differences.

Position a Dense Item Between Mics

In an ideal world, this object’s geometry will be identical to that of a human head. In nature recordings, it is common practice to place a tree trunk between two microphones.

Start Recording As Soon As Possible

You are now recording binaural audio using your asmr mic and camera. The following video will help you in better understanding:

There are a variety of applications in which the binaural technique can create intriguing and novel audio experiences. Here are a few examples:

When you talk or interview while wearing a binaural headset, you can bring an entire extra dimension to your podcasts. In this podcast, the listener will be immersed in the surrounding environment from the (acoustical) perspective of the podcaster. When compared to other methodologies, group discussions will yield significantly more spatial resolution and intelligibility.

Sound designers are constantly on the lookout for new and fascinating sounds. The usage of a binaural headset solution is appropriate when the act of recording must be discreet. Once the recording has been made, you can adjust the timbre to better suit your needs.

Binaural recording is the closest we can get to experiencing what the ears actually hear – and it is the most expensive method available.

When using a binaural headset, it is simple to record different types of action-oriented recordings. Because of its inconspicuous design, it allows users to capture genuine audio in nearly any setting.

The acoustics of cities, streets, parks, playgrounds, markets, and other public spaces are being studied from a scientific standpoint. Soundscapes are useful in environmental contexts because they allow us to comprehend the acoustic ecology of a location. We can make some progress in our understanding of how sounds interact with one another. Binaural techniques, when used with these sorts of analyses, can add an emotional depth.

Because most gamers use headsets, this is an excellent application for binaural recordings. Real-world scene recordings captured in this manner are integrated into the final mix, resulting in an extremely realistic audio experience when listened to through a headset.

Binaural audio is used to create the sound for Virtual Reality and Augmented Reality applications. The headset picks the sound up by placing the headset on a mannequin or artificial head if one is available.

Modern theatre tries to offer plays to an audience in a variety of ways, sometimes incorporating innovative new technology that is difficult to master. Headphones, portable devices, Wi-Fi, motion tracking, 3D audio systems, and other technologies are increasingly finding their way into the theaters to deliver augmented experiences for audiences.

If you equip both the actors and the audience with binaural headsets and headphones, you can bring the audience’s experience to the stage. There are additional aspects that are introduced, and it may become an extremely intimate encounter.

Binaural recordings can be useful for sound designers, sound engineers, and system engineers in documenting the performance of a system or system components. In your PA/SR system, users can walk from one position to another while listening to reference music, making comments about their position and experience while simultaneously recording the entire session.

In this way, it is possible to compare the performance of a specific sound system across a variety of diverse environments.

Events taking place at a venue can be recorded binaurally, much as how a venue’s sound design can be tested. Hearing different positions in a hall or stadium may again give sound samples for the assessment – and may also help you recall more details about the event.

An increasingly popular method of doing psychoacoustic research is the use of binaural techniques. Binaural recordings have the potential to provide significantly more detail than previous approaches. 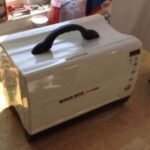 How to Get the Best Small Microwave for Camping? 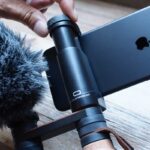