For the sake of finding the best “text to image”, we went through 100 top results that appeared in search engines and social media.

We put the same term “energy crisis” into each of these AI image generator software/tools and present you with the top 11 that were impressive, to say the least.

Given the initial phase of technology or AI-powered art, keep in mind that things are going to be far from perfect.

We mentioned every ai artwork we generated. 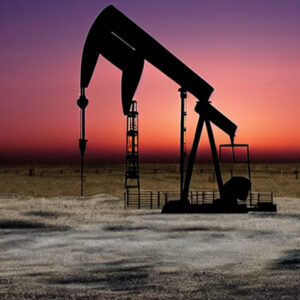 Canva is one of the most successful startups, and everyone knows how easy it is to use and how interactive it is. If there is one tool you would ask us to pick that provides true value for money, it’s Canva.

Canva is a graphic design platform based in Australia that allows users to create social media graphics, presentations, posters, documents, and other visual content.

Canva makes creating branding pictures as simple as dragging and dropping. Whether you utilise your logo, social media usernames, or a hashtag, what was formerly a time-consuming operation will be completed in a matter of minutes. Because of Canva’s transparency tool, branding your photos can look elegant and unobtrusive to the user. 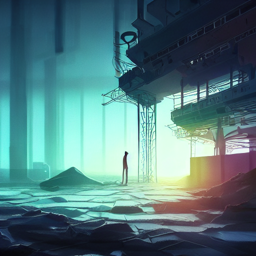 Hotpot.ai is an AI-powered tool that makes it simple to create photorealistic image.

Hotpot can be used to make an NFT collection, which is a set of visually appealing, easy-to-edit templates that anyone can use to make mockups of devices, social media posts, marketing photos, app icons, and other visuals for work.

Many people, particularly those in developing countries, lack access to professional graphics, images, and text. Their goal is to make graphic design and developing media 10 times faster and 10 times cheaper.

Their product philosophy is simple: software should taste like Frappuccinos. For 10% of what Starbucks charges, you could buy the equipment and ingredients and then spend five minutes every day preparing the ideal Frappuccino.

However, you do not. Instead, you cheerfully pay $5 and walk out the door with a smile on your face and a Frappuccino in hand. Because $5 is worth the convenience. 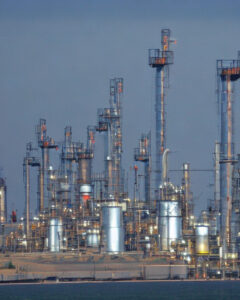 starry ai is an artificial intelligence art generator software. Simply type in a text prompt, and its AI will extract text and turn it into works of art. ‍

Mo, who started it, wanted to make AI easier for people who don’t know how to code to understand.

With this goal in mind, he created the ai art generator app, which allows creators to produce magnificent pieces of art by simply typing words into the program’s text prompt area. 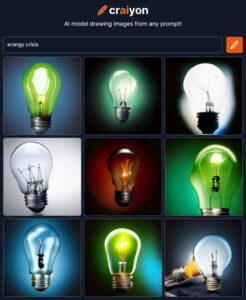 Craiyon is an alternative version of DALLE tiny developed by the same team. It is an AI model that can generate graphics from any language input.

Two neural networks are used by AI image producers. The first neural network makes a picture, and the second one uses real-world examples from the internet to figure out how close the picture is to the real object.

Once the image file has been scored for correctness, the data is returned to the original AI system.

According to the company, photos can be used for personal use only and cannot be resold. Companies that make less than $1 million a year can use photos commercially for free as long as they are not used for NFT. 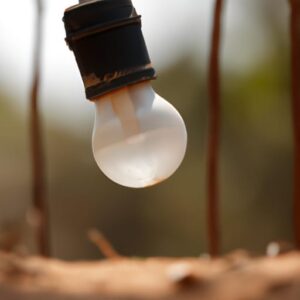 In November 2019, Angus Russell started NightCafe Creator in the spare bedroom of his small semi-detached house in Sydney’s Inner-West. Over 35 million AI-generated artworks had been made on the platform as of October 2022.

After a house guest commented on how stark his walls appeared, Angus founded NightCafé. Angus agreed and went online the next day to search for art to purchase.

He’d known about AI Paintings for years and thought to himself, “Maybe I might make some more personalized art using AI machine learning.”

Surprisingly, his Google searches produced only a few results. Forgetting about his personal limitations, Angus got concerned with making this “evident” concept available to the rest of the world.

Everything else is history. NightCafe Creator, which began as a neural style transfer tool, debuted on Reddit in November 2019, and Angus has been working on it ever since. Elle, Angus’ wife, joined the founding team as Chief Operating Officer in late 2020.

Couldn’t generate image as a trial or free user

Jasper Art is a new image creation tool that is causing quite a stir in the online community. Some call it the future of image file generation, and for good reason. Jasper Art is a strong and versatile tool that allows you to make images that appear entirely genuine.

Jasper.ai is widely regarded as the go-to tool for producing high-quality A.I. images. This text-to-image generator generates four copyright-free images from a single prompt, which you can use however you like. The brand’s main services are an A.I. writer and a text editor, but it also has a tool for making pictures.

UserCompared Research recently said that the Jasper brand was worth $1.7 billion after getting $125 million in investments. 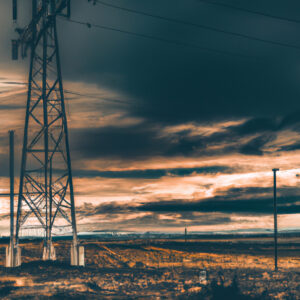 Hypotenuse AI transforms a few keywords into whole blog pieces, amazing images, artwork, and any other type of copywriting, such as product descriptions, social media captions, and emails.

Companies spend weeks or even months getting ready to launch a campaign, but we help them get draughts in seconds.

Hypotenuse is a platform that uses AI machine learning to create content like product descriptions, blog posts, and advertising captions. We’re reducing what would normally take weeks to just days.

On Hypotenuse’s platform, customers can upload photos of products or send data about already-existing products and then get descriptions to go with them.

In the future, they want to offer a better way to do this, like by integrating with e-commerce platforms like Shopify. 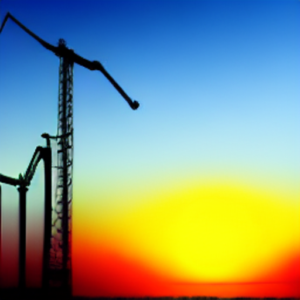 The Image Upscaler replaces small pixels with larger ones. It was created with the assistance of artificial intelligence.

So not a primarily text-to-image tool but if you are looking to enhance old photos and use ai image maker on the side, this might fit in.

Suitable only if you also need AI writing. 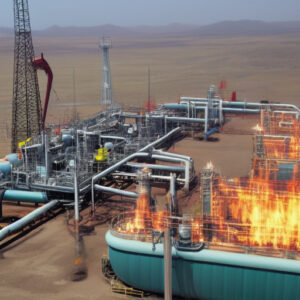 Initially, German texts in the DACH region are generated by neuroflash. Their goal is for our AI technology to fully automate the generation of five professional text suggestions on a given topic in less than five seconds.

To create messages, neuroflash employs multilingual modern language models (auto-regressive language transformers; GPT-3). These big language models are trained with information from the web (more than 1 billion texts), books, and even the transcripts of movies.

These text corpora are put into neural networks (Deep Learning models), which can detect statistical patterns in text. This allows you to guess the next word in a text, for example. These language models can also extract text and turn it into images, thanks to this capability.

Neuroflash augments this cutting-edge technology with associative studies, allowing it to determine which words function well with which other words, i.e., are implicitly positively connected. 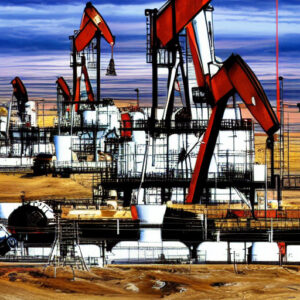 Stable Diffusion, one of the most popular text-to-art AI generators right now, is an open-source model that takes text prompts and produces graphics in seconds.

Stable diffusion can also be run on your own PC, albeit under tremendous stress. Also, if you’ve heard of Dream Studio and mistook it for Stable Diffusion, don’t worry because they’re practically the same thing.

The online app also includes a useful history page, but the photographs are not saved on the server. Only a small preview and the settings for the generation are visible. These settings include the prompt, dimensions, seed, and cfg scale.

The updated DreamStudio app will have more features, be more stable, and give users a more consistent experience.

In the market, it currently competes directly with Dall-E2. The results are equally pleasing, and it is a less expensive option.

The commercial field for text to image tools is heating up, and I’m curious to see what happens in the coming months! 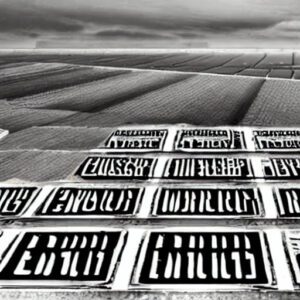 According to the techies behind the website, DeepAI provides an A.I. agent that can be taught to do a visual task in minutes by anyone.

According to them, DeepAI was made with the idea that a future with artificial intelligence will make it possible for all people to live in a sustainable way and have a high standard of living.

DeepAI is making tools to help make this future a reality, and the end goal is to make AGI directly available to people.

What is Image synthesis?

The purpose of image synthesis in computer graphics is to produce photorealistic images without regard for colour fidelity.

Image Synthesis help ai image generators to create realistic images without get so much into colours.

What is Optical Character Recognition?

The process of recognising and reading text in photographs using computer vision is known as optical character recognition (OCR). Text detection from document photos allows Natural Language Processing algorithms to read the text and understand what the document is saying.

What are the essentials for AI image generators to create photorealistic image?

John McCarthy, a computer science professor at Stanford University, gave one of the simplest and most obvious definitions of AI as “the science and engineering of constructing intelligent systems.” Intelligent systems could be software, hardware, or a combination of the two.

AI’s major components are as follows:

Agents that are intelligent

You will need at least basic knowledge of these for ai image perfection in an attempt to create photorealistic image.

Can I change text color or background color in ai image generation?

Yes, Most of the tools do give you an option to make changes after creating image file.

What is OCR Technology?

The process of converting a text image into a machine-readable text format is known as optical character recognition (OCR). When you scan a form or a receipt, for example, your system saves the scan as an image file. 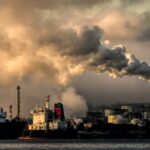 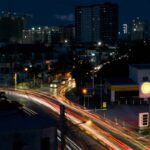