The statement came amid concerns of an economic slowdown and reorganization among tech behemoths.

“In response to the current economic climate, we made the difficult decision yesterday to reduce the Gem team by approximately 100 employees.” Gem’s business is based on helping companies hire great teams. Since so many companies have slowed or stopped hiring, we’ve had to change our plans to make sure the business stays healthy and can keep going in the long run.

It’s been extremely difficult to say goodbye to such incredible coworkers and friends, especially for those who have been directly touched; they’re some of the brightest, most devoted individuals I’ve ever had the privilege to work with, and any organization would be happy to have them.

If you’re looking for new employees, please write the Gem team at peopleops@gem.com, and we’ll offer you a list of impacted staff members who have agreed to disclose their information; it would be my pleasure to connect you with any of them.

Gem is a recruiting platform that works with third-party programs like LinkedIn and Gmail.

Not so long ago

Gem is witnessing large uptake and plans to expand internationally in Western Europe and portions of Asia Pacific during the coming year. It planned to use the fresh funds to expand into other markets as well as for sales and marketing. In the first six months of 2021, it had already doubled its workforce.

The company has more than 800 customers, and Gusto, Sift, and Cockroach Labs are just a few of the unicorns that are among them. According to Bartel, it has tripled its sales and doubled its customer base in the last year.

To boost its growth, the company raised $100 million in Series C fundraising in September 2021 at a $1.2 billion valuation. ICONIQ led the investment, which also included current investors Greylock and Accel, as well as new investors Sapphire Ventures and Meritech Capital. The additional finance raised the company’s overall funding to $148 million.

However, once hirings reach a “freeze” point or employees are laid off, so do the enterprises associated with those businesses. 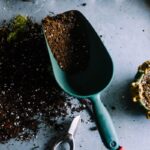 What are the Best Wood Chips for Garden?