4 Ways to Turn Your Cell Phone into a Thermal Camera

Thermal imagers are excellent modern devices designed to help use far objects as well as in total darkness. These devices have the ability to see beyond the range of human eyes. Let’s understand better about them and how to convert our cell phones to use as thermal imagers.

Let’s get deep into the ways we can turn our cell phones into thermal imagers. The information reduces the hassle of purchasing separate gadgets for these purposes.

Ways to Turn Your Cell Phone into a Thermal Camera

We are in times where technology is everything to us. Equipment and device manufacturers are busy modifying machines to perform better. thermalimagedevice.com experts have found out how to use our cell phones as thermal imagers.
The method to turn your cell phone into a thermal camera will help you upgrade your working efficiency with enabled thermal imaging right in your pocket. Thus, there is no need of buying separate, space taking thermal cameras. Because, we have carved out the market and researched the best product and off-course ways that will make your mobile phone to function as thermal camera.

These are incredible iPhone thermal cameras that boast features that enable it as a thermal imager. They feature lightning connectors for attachment to other iPhone peripherals or components. However, Seek thermals don’t combat with all types of smartphones around. You can only use it with an Apple smartphone.

Different mode of seek thermal camera works greatly with the mobile phone. The modes are explained as:

The traditional mode works just the same as the normal camera, but the image is much sharper and clearer than the image from the phone’s camera.

Switch it to temperature mode—the camera will determine the amount of heat or temperature in that specific point of spot.

Consequently, there is the threshold mode. Here, the camera pre-determines the amount of temperature that will enable it to pick thermal images.

Lastly, we have the high to low mode. This is whereby the camera enables you to know when moving from points or spots of high temperatures to low and vice versa.

When you have the two devices, just get a proper application to complete the conversion process. In power usage, you don’t have to charge these devices separately. The seek imager can still draw the cell phone power to use whenever it gets depleted.

This is another sort of useful portable thermal camera. These models combat only with the Android devices. Using them with your cell phone is easy. Just clip the imagers to the sides of your cell phone and taste the experience. Just like the Seek thermal imagers, the thermal app model draws power from your cell phone to function.

There exist other means to convert a cell phone into a thermal imager. The technique to remodel your phone so that it will likewise function as a thermal camera is just super. But, how can you carry out the conversion process?

Cell phones have sensor plates and lenses. The cell phone sensor plates consist of other charge coupled components that make connection to the lens assembly. At the lens assembly there is a small infrared filter designed to block radiations that come from different scenes. That’s why there is no radiation that records when we take the normal photos.

To turn the normal camera into a thermal imager, you need to remove the IR filter from the lens. Before you commence with the exercise, it’s better if you experiment with an old phone. Ensure you get off the filter without damaging the other components connected to it. That way, you have a thermal imager to use in recording different scenes.

Unlike the Seek thermal cameras, FLIR one uses its separate power to function. These devices pick heat signatures of surfaces and convert them into images to store in cell phones.

FLIR one stands out since it’s compatible with both Apple and Android devices. You only need to attach it to your smart device and start using it to record images in different scenes.

Lastly, we present to you a new device into the market. The CAT C60 is totally different from others. It’s a phone having an inbuilt thermal camera. There is also the basic phone camera separate from the thermal camera itself.

Once you have your CAT C60 thermal camera, record any videos and photos of choice. There is a custom FLIR app employed if you need to edit your records. CAT C60 is a bulk model that you find it hectic moving with it around. People who need to move with their images around should consider the top options more than the CAT C60.

All objects and the human body as well emit heat or infrared energy. Infrared radiation emitted by an object or body is proportional to its specific heat. These devices employ sophisticated heat sensors to gather heat emitted by the body or object in subject. The sensors of thermal imagers get designed in such a way that they can pick even the smallest possible temperature in an object. Collected heat passes into an infrared detector that starts the mapping process of an image. All maps created are based on the inflexions and differences of the captured heat.

The processing of an image takes about three seconds to complete. Information displayed on the screen is in the form of colors representing the degree of hotness and coldness of a body or object. In the grayscale, white, black, and gray shades represent different temperature ranges of the object under measure. White for instance represents heat while black is a representation of cold regions. The medium temperature gets represented by gray shades on the grayscale of the thermal camera. Additional color enables users to distinguish objects in a more clear and precise manner. Newer versions use color like blue, red, orange, yellow and purple to display images.

Thermal imagers serve us in environments or distances where the human eyes lack capability to see. The ways to make your function as thermal camera will likewise help you in different veracities. The guide holds research information of getting the purpose. We have likewise disclosed the insights of working of a thermal imaging system. The different ways mainly include; seek thermal camera, CAT C60, FLIR One, Thermal App, and remodeling your phone. the process is to remodel your phone is widely appreciated because of the efficiency and no-budget solution. Only removing the IR filter from the phone’s integrated camera and a bit of little modifications will do the job. 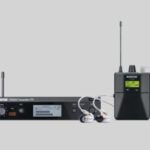 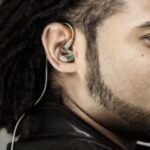