While Entrepreneurs try to build Innovative products, there are heaps of Evidence to avoid failures. The big names like IBM, Google, Facebook, Yahoo, Microsoft, and Alibaba have their failures on Record. Let’s take a look at some of their failures and what they are trying to teach us

1- People buy products to get a certain job Done

The more jobs it gets done, the better. IBM built an innovation process back in 1991 after the failure of PC Junior

The goal of this process was to know if the product was going to be a success or a failure before they spent Millions on building that product. The process was then applied to over a thousand different products across 30 sectors.

2- Never be Afraid to Explore a New Direction

From an organizational perspective, the best solution I’ve seen is the spinoff.

Google Wave, Orkut, Google+ and other products that didn’t see a rise like the parent company were too focused apparently.

Don’t be shy to go crazy, we have seen this being said again and but it’s totally true in the case of new products. You started as Tea Seller. Doesn’t mean that you have to stick with only Tea. Try Coffee, add margaritas, keep sandwiches and every single cuisine you can serve as good as Tea.

An Interesting Read by Lewis

3. Data is not Always “Enough” for Decision making

Poke, Gift, Places, Email and the list continues. Facebook’s strength is “Data”. It had its fair share of controversies

The battle-tested and proven data analysis are two different things. As Mark himself quotes, we made tons of mistakes and at some points, we thought Facebook will be no longer..

As we progress through the success of Companies, we tend to move towards more sophisticated methods while leaving BASICS that led to Evolution in the first place.

4. Don’t Overstress yourself with [ Perfect Time to Launch ]

Undoubtedly, Timing plays a Vital Role in the success of any Startup but there is much more that contributes to Success. The best time to start is the moment you decide “This is it, I am done with Excuses, No more.”

Yahoo acquired multiple businesses at the perfect time. Tumblr, Flicker, and 100+ more but lacked the clear vision to carry them forward. Not to mention the missed opportunities of buying both Google and Facebook as the young companies thrived.

In the case of Google, they delayed the $1.1 Billion deal. With Facebook, their higher management lowered the price of the $1 Billion Acquisition to $850 million. This happened in 2002 and 2006 respectively.

When “Apple” comes to mind, there is only only one term that follows, “Flawless success”

But they also made products that were complete Disasters. Whether it’s Pippin, eMate, Round Mouse or U2 iPod, the list doesn’t end here but they hold the highest Worth of $2.6 Trillion USD. How? Taking Risks irrespective of what the World says or thinks. No matter, how much criticism they faced.

You all heard how Steve Jobs was kicked out of the company he created himself when the Board of Members agreed with his Partner. At the end of the day, your Passion conquers.

6. Competition will always be there

Whether it’s the first few sales or you have sold a million units, you will almost always find a rival. Don’t let competitors cloud your decision-making.

Samsung launched its Note 7 pretty early, which failed miserably. Nowadays, you can find Galaxy fold, which failed yet again. Sometimes that rush to be the first in the market doesn’t play out very well. With over 230 Billion USD in Revenue 42 billion was operating profit last year, Samsung is the 14th Largest company on Earth.

If you are innovating like crazy, the general public will take some time to adapt. Identify the problems your customers face and keep a firm hand on issues to address.

To make it more clear a better example would be Boeing 737 Max, the tragic plane crash leaving thousands if not millions in shock! Did you know that Boeing has 367,000 parts in a single plane? The competition from Airbus forced Boeing to pre-launch 737 Max when it wasn’t really ready.

As sad as the dillema gets. Today we fell behind the wall of Profits and Growth. Apparently, only few people have the courage to stay original when everyone is doing whatever they can to make MORE MONEY. “Morals, Ethics, Values” are secondary.

Chase money and you will only travel a quarter mile. Be Original and there is a journy of million miles ahead. – Unknown

8. Play at Your Strengths

No matter how tempting it is, stick to your playground. Do what you do best. This rule can’t be emphasized enough. So much so that even tech giants like Tencent can make these mistakes. They last more than 500 million USD in Investment in 24 companies

9. Focus on Being Global not being a Monopoly

Intel was operating in a market with 95% of it’s semiconductors without having competition for so many years. Who would have thought that their profits can soar?

AMD came along and TSMC did it even better. So much so that with the global chip shortage US government stepped in to fund intel for boosting local chip production.

10. Always Care for your Customer like the first Sale

Dell has to blame its downfall on this. They hired A LOT of management individuals that were running on numbers. Eventually, their products got no better than other big players like HP.

Moreover, the same old PC Designs with not much spent on Advertising or Innovation. Hiring top Managers will not make your customers happy. They were treating them like passengers of the plane you have to board.

As you hire more employees, expand your business, and stay connected to your roots. The passion, the values, the care that made you who you are to become.

Maintain a balance of optimism, innovation and focus on customer experience. Rest will follow and you will figure it out.

Non luxury car brands in US Ranked according to Usage 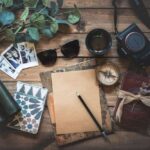 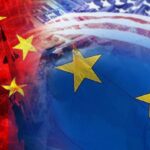